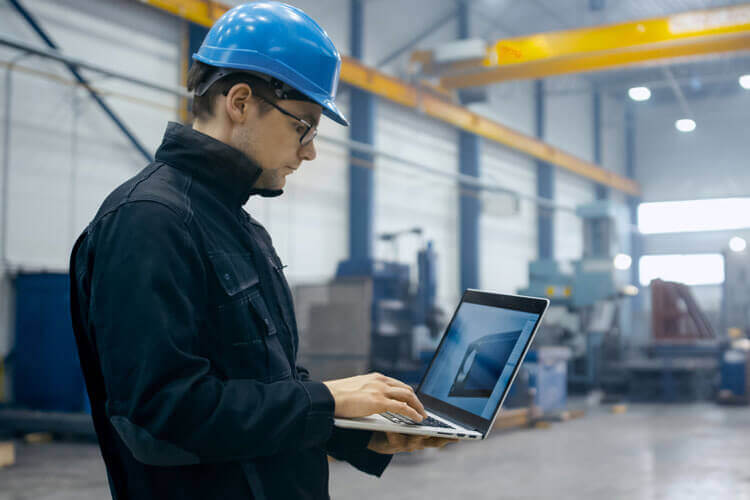 In 2014, the Department of Defense (DoD) and many other private contributors began a public/private partnership known as MxD in Chicago. Fast forward to 2021, and AT&T has developed a 5G network for the collaboration to show manufacturers the power of 5G and how it can help them now and in the future. MxD’s private network will use two radios. One radio will feature high-band (mmWave) 5G spectrum while the other will use sub-6 5G spectrum to connect to AT&T’s central network core. The control plane is offsite, however, the user plane is managed by onsite multi-access edge cloud computing (MEC) servers.

“Having the MEC user plane on-premise allows MxD participants to offload select data traffic from the AT&T public core network to the local server of the MxD participant for processing,” said AT&T Business’s GM for Channel Marketing for Retail, Manufacturing, and Global Accounts, Jush Danielson. “These MxD participants then have better control of their cellular data.”

A major problem, or opportunity if you are AT&T, is that manufacturers are already experiencing data overload. In a recent event hosted by Danielson, Lockheed Martin’s Senior Program Manager for Advanced Technology Solutions, Corey Cook spoke on this problem saying “I have no idea what to even do with any amount or inkling of that. 5G is only going to make that problem worse to some degree just because it’s going to give you so much more data…unfortunately we’ll be drowning in unusable data.” This is exactly what AT&T is looking to fix for companies who either have this problem already or these concerns moving forward.

AT&T understands that there is a data problem for manufacturers. The goal of using privatized networks powered by 5G and MEC is to bring data closer to those who need it and make it easier to filter through. With three main targets in its sights, AT&T believes manufacturers will benefit from the data collected in regards to production quality, video-enabled safety equipped with real-time alerts, and inventory tracked in real-time thanks to sensors and cameras.

There’s no doubt that 5G is going to help revolutionize the way manufacturing is done in America and across the world, and even Lockheed Martin understands that in time, “5G will help us significantly enrich (that) data, resulting in much more useful, powerful analytics.” But with initial hesitancy from one of the world’s largest manufacturing forces as well as 58% of those surveyed at the event still undecided about 5G, AT&T, and other providers have their work cut out for them to prove the value the latest generation of wireless will bring to businesses.

The testbed for manufacturing is only the beginning as MxD is planning to develop another with a focus on application for the military. Other experiments, including those of the public sector, using CBRS spectrum are also in discussion. Speaking on the present and the future for companies that may not yet have the ability to fully use a privatized network as demonstrated by AT&T, MxD’s President and CTO, Federico Sciammarella, said, “What we try to do here is educate manufacturers on ways that these technologies can work for them that maybe they haven’t thought about. What we’re meant to do is work with cutting edge companies like AT&T delivering some really unique solutions so people see what the future is and how they can use it.”