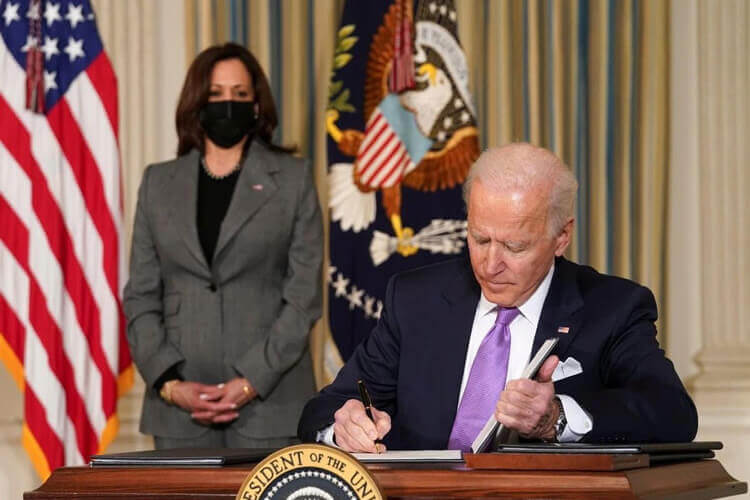 Updating America’s infrastructure has been a point of contention for many years. Whether it is due to industrial interest, political, or new, emerging ones such as unexpected ice storms, the topic is as relevant today as ever. AT&T is expressing the importance of including 5G in these conversations with a highlight on using fiber with some use of fixed wireless to deliver faster speeds to more Americans.

The Biden Administration is looking to pump money into bolstering America’s infrastructure which could reach heights of more than $3 trillion. Because a sizable amount will be directed to communications, there are plenty of entities in telecommunications looking for a piece of the pie. Over $100 billion for the telecommunications industry is what is expected to be up for grabs, but there is a lot of debate on how this money should be distributed. The call for 1 Gbps grows among those within the industry as the goal for uplink and downlink as a way to ensure the investment is good today and well into the future. AT&T is already underway adding a 1 Gbps connection to millions of sites in 2021 and believes that this is a better way to make sure the investments continue to see a return in society.

“Fiber is the most ‘future-proof’ approach, but it is commonly accepted that it is not practical to assume fiber can or should serve every household in rural America,” wrote AT&T’s Executive Vice President of Federal Regulatory Relations, Joan Marsh. “Some flexibility must be preserved, particularly for the next generation of fixed wireless technologies likely to be deployed in the recently auctioned C-band that will easily deliver performance at 100 Mbps down.”

This notion is interesting when you consider the comments made by AT&T’s CEO John Stankey said that widespread use of C-band for 5G delivered via fixed wireless would “put a real tax on a mobile network.” Though AT&T is not as heavy on the desire to pursue fixed wireless as T-Mobile, Verizon, or even soon-to-be America’s next nationwide 5G provider, DISH Wireless, there is still a commitment to reach businesses and rural markets with this technology. But fiber is looked at as a long-term solution for AT&T and a great opportunity to invest in faster speeds in more places.

A large point of concern, even by WISPA, the Wireless Internet Service Providers Association, is that the way we use the Internet is changing. Historically, even as much as a 10 to 1 ratio, users have used downloading far more than uploading. Wireless connections have a difficult time balancing and equal opportunity for similar speeds surrounding downloads and uploads. In today’s world, users are uploading much more than ever before with the ratio skewing closer to a 1 to 1 ratio with a 5 to 1 ratio expected by 2025.

In the future, the anticipation is that users will need the ability to do so to use the Internet effectively. This is where fiber comes in as a way to help bolster communications and provide 1 Gbps on both sides. “Funding programs should recognize that just as consumer demands evolve, so too will the networks that drive them,” wrote WISPA. “Evolving speed standards means a consumer can have robust connectivity today, and the provider can continue upgrading its networks in anticipation of future consumer demands.”

5G continues to play a huge part in how Americans will access the Internet today and in the future. Even with fixed wireless. This is because upload speeds of 1, 2, and even 10 Gbps may be possible in the future thanks to high-band (mmWave) spectrum. There are three different main bands of spectrum with mmWave being the fastest and capable of reducing latency, providing high download speeds and upload speeds. As more and more 5G networks continue to expand across the United States, more consumers will receive access via wireless connections to upload more content, faster than ever before.