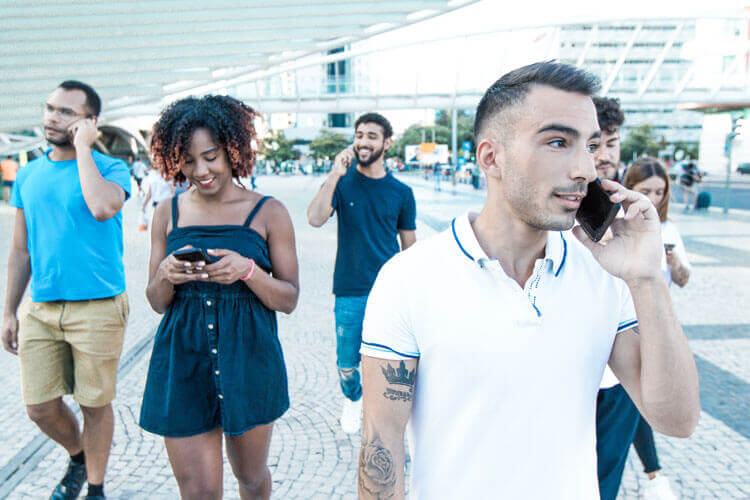 A recent study conducted by the Global System for Mobile Communications (GSMA) is showing that 5G connections worldwide will reach 1.8 billion before the end of 2025. According to the study dubbed “The Mobile Economy 2021”, 5G will make up 21% of total mobile connections by the same year. Leading the way are both Asia and the United States. Asian markets are projecting to reach 53% of the total mobile connections using 5G, while the United States is projecting a total of 51% on the same timeline. As much as 48% of China and 35% of Europe should also see their total mobile connections on the latest generation of wireless by 2025. Nearly half of the world’s 5G users will come from China by 2025, registering a total estimated 828 million users from the country.

“The launch of commercial 5G services in Latin America and Sub-Saharan Africa over the last year means that the technology is now available in every region of the world. The pandemic has had little impact on 5G momentum; in some instances, it has even resulted in operators speeding up their network rollouts, with governments and operators looking to boost capacity at a time of increased demand. By the end of 2025, 5G will account for just over a fifth of total mobile connections, and more than two in five people around the world will live within reach of a 5G network,” said GSMA.

With so many potential users and a world evolving because of the technology, it should be no surprise that the investment in 5G is considerable. Over the next five years, GSMA is predicting that 5G will account for a whopping 80% of all CAPEX. Consumers and enterprises alike have plenty of room to grow thanks to 5G as it is quite early in its lifecycle. As 5G networks evolve, so too will their capabilities. Powerful technologies and applications including automation, extended reality (XR), the Internet of Things (IoT), etc. are all advancing because of the low latency and high speeds 5G delivers.

But to deliver these capabilities, deployment is key. GSMA reports that there are 157 commercial 5G networks around the world in 62 markets, which includes 55 fixed wireless access (FWA) networks. Devices are another important factor and can help with the commercialization of 5G. Currently, there are 400 5G devices available to consumers with 600 total 5G devices announced.

“As 5G begins to expand to more devices, beyond smartphones, new opportunities will emerge for commercialization,” said GSMA. “This is already happening with new 5G applications and form factors around augmented and virtual reality (AR/VR) technologies.”