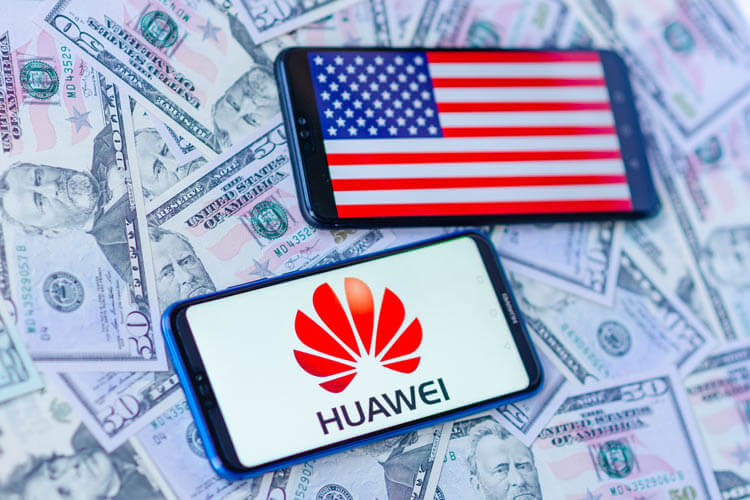 It’s no secret that President Donald Trump along with others have had rising concerns about the Chinese powerhouse. Still, Huawei is preparing to overcome these obstacles on the global market.

Trump continues to work to disrupt Huawei’s ambitions in America, Europe, and its supply chain, but the telecommunications giant is preparing to weather the storm. Huawei is the top holder of 5G patents. In an industry where the top 6 companies who own more than 80% of the inventions associated with 5G, that is a lot of power, especially when Qualcomm Inc. is its only competitor from the United States.

The United States is looking to curtail Huawei’s efforts due to fear over various security concerns and has even recruited other countries to assist in this stance. Huawei is continuing to find solutions to previous attacks from the United States including the Trump administration’s ban on silicon from American-supported companies. But studies show that due to the reach of Huawei’s intellectual properties, even if it is not involved with developing 5G infrastructures in America and Europe, the companies hired to do the job will still have to pay due to its patents and technical knowledge.

While understanding the amount and types of patents Huawei has can help us understand how industries will be affected, what is clear, is that there is a mix of industries that will be affected. We have already seen disruptions due to the sanctions placed by the United States affect Taiwan Semiconductor Manufacturing Co.’s plans and will see them bring a plant to Arizona to rest concerns about the security issues that are plaguing Huawei.

Tech companies are notorious for collaboration. By using industry standards and pledging patents to be licensed through “fair, reasonable and non-discriminatory” terms, 5G and other technologies foster a place in which ideas can grow and technology moves forward; however, this has led to many patent wars between companies of various national origin. Disputes involving royalties and usage rights have flared up, most notably in the battle between Apple and Qualcomm. With thousands of 5G patents at stake already for an industry in its infancy, it is a growing problem that could threaten progress across the globe.

A big part of this includes the fact that such patents are deemed “essential” in which many companies have shown to be over-declaring this statement on their components. This predicament means it is up to courts and negotiators to decide what is essential. This declaration won’t be given up without a fight, however, as companies continue to look for ways to monetize their intellectual property to create dreams of revenue. Revenue that can easily reach the billions. We will need more studies to determine which components are essential and which aren’t, but as studies and the 5G industry as a whole continue to grow, bringing clarity to this topic will help the industry and investors realize what is being used, discussed, and developed appropriately.