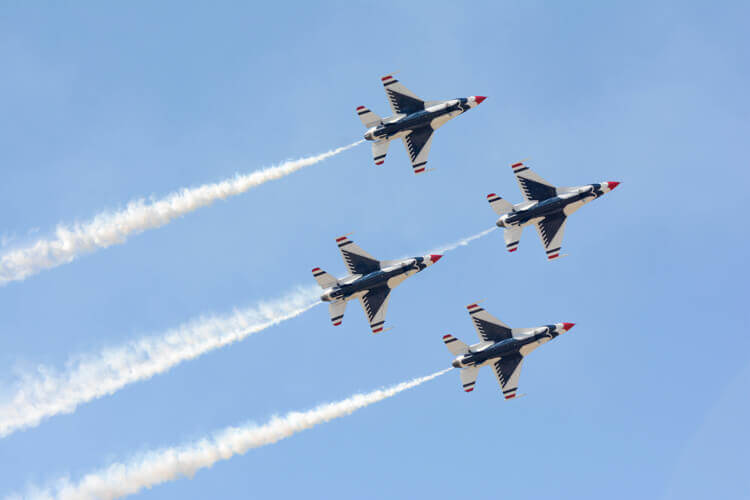 The use of 5G is an ever growing component of the modern armed forces. Everything from the creation of the U.S. Space Force, which will play a big part in keeping 5G and other wireless communications secure to the various wireless communications needs of the different branches of service have made headlines in 2020. Lockheed Martin, the largest creator of weapons for the Pentagon, is now expressing its intentions to take 5G to the next level through the military and is led by the very capable hands of its CEO, James Taiclet.

As a veteran who served his country during the Gulf War, Taiclet has experience in companies including Honeywell Aerospace Services and Pratt & Whitney, but most notably, American Tower, where he would become CEO in 2003. During his time as CEO, Taiclet worked to bring in a deal between American Tower and T-Mobile worth $17 billion that would upgrade the wireless brand’s network and bring it into 5G. Now, he is using his experience in both the military and 5G to bring the latest generation of wireless communication to the military.

Already investing $200 million, Taiclet’s plan known as “5G.mil” will look to control as much as 75% of the military’s vehicles through 5G. “Last month, the Space Development Agency awarded our team one of two contracts for approximately $200 million to develop initial data transport capabilities for the first generation of the National Defense Space Architecture,” said Taiclet. “The award represents an important step toward building an interoperable, connected and secure mesh network of satellites that links ground, sea, and air capabilities to sensors in space,” he continued.

The move comes as the Space Development Agency (SDA) ramps up its efforts in communication in space and on Earth. Though different vendors are expected to create the various space vehicles and stations in question, the goal is to have everything capable of communicating with itself using the same communication infrastructure. Communication is key on the battlefield with various other 5G programs continuing to develop throughout the various armed forces. Lockheed Martin will look to improve efforts in space and through other military operations as more 5G technology is implemented. As a spokesman from Lockheed Martin put things, “We see an opportunity for 5G technologies to bring greater connectivity, faster and more reliable networks, and new data capabilities to support our customers’ multi-domain and autonomous operations on 21st century battlefields.”