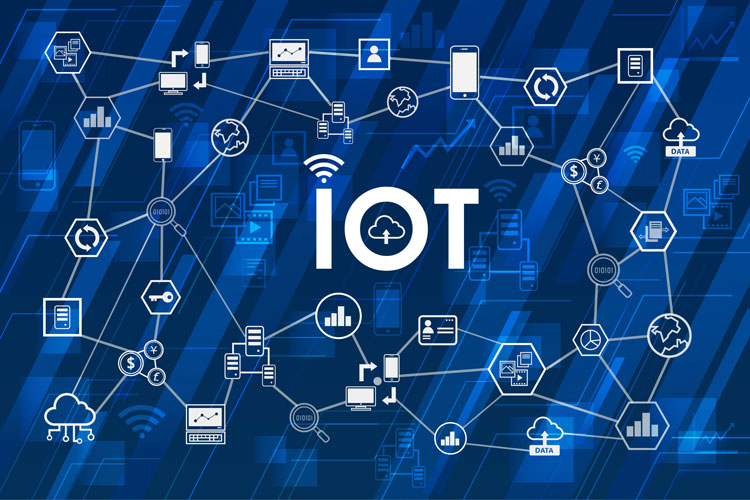 The Internet of Things (IoT) is ready to transform our lives and MachineQ is ready to bring its solutions to scale.

There are a lot of ways that the IoT is already affecting our lives and the rollout of various 5G networks throughout the country will only increase its capabilities. MachineQ, a Comcast company, is ready to bring IoT solutions to the world. These solutions will play a role in everything from safety in foodservice to automation in factories to autonomous cars and smart cities, and more.

So far, 2021, is proving to be a great year for MachineQ as it continues to see the deployment of its LoRaWAN gateways in the market. MachineQ’s LoRaWAN gateway connects many low-power sensors for applications and services. Steve Salata, the General Manager at MachineQ said, “The real focus for 2020 and into 2021, in spite of the pandemic, was really growing and scaling this business, and did it focusing on some solution providers (and) enterprises that needed an enterprise IoT connectivity platform. We’re just now starting to see that nice scaling and growth, so our engineering platform is growing alongside with that.” He also said that the deployment of MachineQ’s LoRaWAN gateways has seen an increase of ten times what was deployed in 2020 and noted that the company has “gone from a very nascent startup to hundreds of thousands of devices online and growing.”

Two years ago, MachineQ operated much differently, but ever since changing the way its deployment methods, growth has been inevitable. Changing from a building-wide, low-power IoT network deployed in individual cities, MachineQ now implements an over-the-top-focused deployment model which is providing it the ability to gain customers regardless of whether or not they are connected to Comcast’s cable network. The company is also reporting an increase in a similar manner happening in the United States and Canada in regards to its processing functions which it is now saying processes “millions of transmissions daily”. “We have customers today that have thousands of sensors being served by three gateways,” said John Brzozowski, the Chief Technology Officer at MachineQ. “The economics of this technology helps to unlock what was unknown. It’s opening their eyes to their options.”

A major obstacle companies are facing is moving past the proof-of-concept (PoC) phase with their IoT projects and as many as 70% of them reporting this exact problem, according to a survey by 451 Research. As many as 33% reported this issue as a major problem with others stating that their employees simply lack the necessary skills to bring IoT to life. We are now seeing that the streamlining adjustments implemented by MachineQ are helping alleviate this issue.

Comcast Business, another subsidiary from parent company Xfinity that works with enterprises and small to medium-sized businesses, is a big reason MachineQ is seeing its newfound success. There have also been dedicated investments into MachineQ’s sales and marketing division, some of which include positioning ex-Comcast Business executives Russ Richardson as Head of Sales and Jeanette Aaron as the Head of Marketing.

What makes these developments so exciting is that they are happening right as 5G begins its journey as the main method to connect wirelessly in America. 5G is going to power the IoT with Brzozowski even calling the latest generation in wireless “the right hammer for the right nail” in regards to the company’s IoT solutions. Before, networks suffered from an increase in latency and an inability to send data at a much higher capacity and a faster rate. All of these issues are fixed by 5G especially when operating on high-band (mmWave) spectrum. In its full maturity, mmWave will allow 5G to surpass modern wired communication unlocking a range of possibilities in the IoT space and elsewhere.