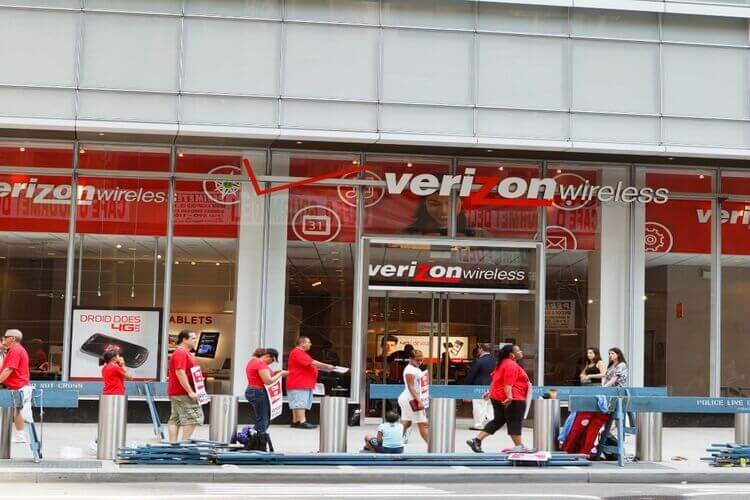 In addition to her new role as Chief Operating Officer, Brouillette will also serve as the deputy CEO for Verizon’s Consumer Group.

Verizon is making changes in its executive ranks as Manon Brouillette will be bringing her wealth of experience in wireless into the COO role for Verizon as well as the deputy CEO role for the company’s Consumer Group. The goal of the new deputy CEO position will be to lead connected 5G experiences that assist the consumer group to evolve into an integrated technology entity. Brouillette will report to Ronan Dunne, the Chief Executive of the Verizon Consumer Group, the biggest revenue generator for the company, raking in almost $23 billion in the first quarter of 2021 alone.

“Manon brings tremendous value to our V Team. She has built and scaled brands, moving companies into new markets with rapid yet sustainable growth. Additionally, she has the tenacity of an entrepreneur honed from her extensive board membership at experience-driven startups like Sonder, Lightspeed POS (NYSE: LSPD, TSX: LSPD.TO), and BFAI,” said Dunne via a statement.

Telecommunications company Vidéotron was Brouillette’s previous location before Verizon where she led the company as the President and CEO until 2019. Her background on the Board of Directors for Altice USA, serving in 2017, helped Brouilette lead in her roles that would follow. Brouillette will also be stepping down from her position at Lightspeed, a Canadian commerce platform, where she serves on the Board of Directors. The change is to shift focus into her new roles at Verizon.

Two of the main goals for Verizon’s Consumer Group is to achieve growth through both its investment in C-band spectrum and the expected purchase of Tracfone. “Our investment in C-band spectrum and the pending Tracfone acquisition are critical enablers to continue expanding our consumer business on a national scale through opportunities like 5G mobility and fixed wireless access. Our customers are looking to us to build the future and unlock a more connected world,” said Dunne.

The deployment of C-band will help Verizon expand its reach and create a more comprehensive 5G experience. Ahead of these efforts to expand, Verizon is even offering deals to attract new customers and providing current subscribers with more value. This includes trade-in offers for up to $700 to purchase a new iPhone or $800 for Androids available for new and existing customers subscribing to Premium Unlimited plans and other deals for lower-tier plans, as well as $300 which will cover the fees associated with switching carriers.

Later in 2021, Verizon will begin deploying its C-band spectrum to cover 50% of its subscriber base by 2023 with 5G. Because 5G can be deployed in different tiers with low-band spectrum covering larger areas but delivering slower speeds, high-band (mmWave) spectrum delivering high speeds but not traveling very far, and mid-tier holding a balance between the two, Verizon is looking to C-band to help not only reach more customers but deliver faster speeds. As the network continues to grow, Verizon will look to push faster speeds to more markets with C-band playing an important role.