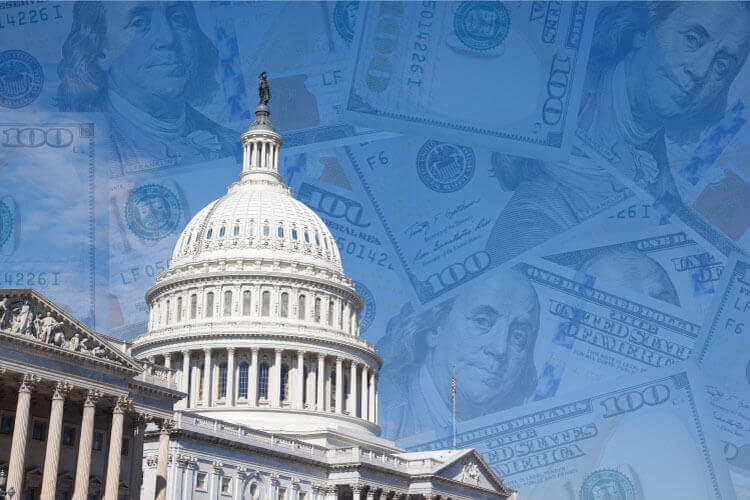 Legislation is underway regarding the American infrastructure. The funding will have lasting effects throughout the United States with a portion of its focus on wireless networks. As three of the four major wireless providers in the country already have 5G networks, with DISH Wireless continuing to build its 5G network from scratch, the bill will affect the way 5G is deployed through its early stages.

Some of the items that are within the bill include legislation for spectrum auctions and pre-auction funding for the Department of Defense (DoD). The DoD funding would be used to research commercial use and sharing the 3.1-3.45 GHz band. There is $1 trillion to consider under the overall broadband portion of the bill and The Senate will need to sift through this massive 2,700-page document to determine how it will be applied. Should the bill pass, $50 million from the Spectrum Relocation Fund would be given to the DoD. The funds would be used for research, planning, and other related activities working on making the band available. This includes a redistribution of spectrum for federal and non-federal licensed users and creating a spectrum auction.

Once the bill becomes law, the President and the FCC would receive a report on which spectrum bands could be shared among federal and non-federal commercial users within 21 months. Several government officials would collaborate to make this a success including the Secretary of Commerce, Secretary of Defense, and Director of the Office of Science and Technology. Various congressional committees are also to be involved. These include the House and Senate Committees on Armed Services, the House Energy and Commerce Committee, and the Senate Committee on Commerce Science and Transportation. After identifying the appropriate spectrum bands, the next step would be to an FCC spectrum auction. The auction to provide new spectrum licenses would begin no earlier than November 30, 2024, with May 31, 2025, set as the earliest date for the President to make modifications.

The pursuit of the mid-band spectrum continues to grow as the bands in this range can deliver plenty of the speed necessary for more advanced 5G offerings but it also provides impressive coverage. Many wireless providers are offering a 5G network nationwide in the U.S. but are dominated by a low-band spectrum during the early stages of this wireless generation. The 3.5 GHz spectrum band is used throughout the world as a popular 5G band, including Canada, but several U.S. federal operations rely on the 3 GHz band.

Previous auctions have seen American bidders purchase spectrum in 3.5 GHz (CBRS auction) and 3.7 GHz (C-band auction). Each auction and the rules surrounding them were different in a variety of ways. The FCC is also organizing an auction featuring 100 MHz of spectrum in the 3.44-3.55 GHz band that is being held in October 2021.