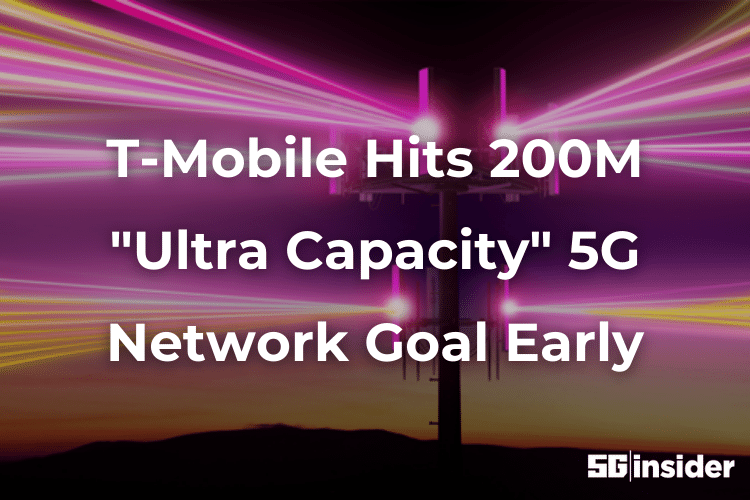 T-Mobile has been on a roll the past two years, hitting significant milestones left and right. As of Monday, the “Uncarrier” announced that its “Ultra Capacity” 5G network now covers more than 200 million people in the United States. This accomplishment is a huge deal for T-Mobile because the company initially set this goal to reach before the end of 2021- almost six weeks ahead of schedule.

The “Ultra Capacity” 5G label signifies T-Mobile’s mid-band and mmWave networks- both of which offer much faster speeds than its traditional 4G networks (in some cases) and low-band “5G Extended Range” network. T-Mobile’s low-band network is a feat in itself because it has a wider reach than mid and high-band 5G, providing 5G to more hard-to-reach rural areas, with coverage that extends to “308 million people across 1.7 million square miles.”

T-Mobile’s 5G footprint continues to expand, putting itself in a good position against AT&T and Verizon. T-Mobile was named the fastest carrier in 2021 by PCMag primarily due to its mid-band network rollout, whereas Verizon and AT&T are struggling to release their mid-band networks. Even more so now with the delays to the concerns raised by the Federal Aviation Administration (FAA). The FAA is concerned the 5G deployments will cause interference with sensitive aircraft electronics.

It’s important to keep in mind that just because T-Mobile has the “coverage” numbers, it doesn’t necessarily mean it has that many users actively using its network. Though the company boasts 200 million with 5G coverage, T-Mobile has just a fraction of that amount as subscribers. In fact, at the end of 2020, T-Mobile had only 100 million customers total.

And not to rain on T-Mobile’s 5G UC network parade, but just because the “Uncarrier” has hit the milestone doesn’t mean their work is done just yet. Technically speaking, the population in major US cities and dense urban areas brings bigger clusters of people, making it easier for T-Mobile to reach those “bigger” coverage numbers. Because of this, T-Mobile isn’t expected to make such giant leaps in the future, with its goal of 300 million people with 5G UC coverage by 2023.