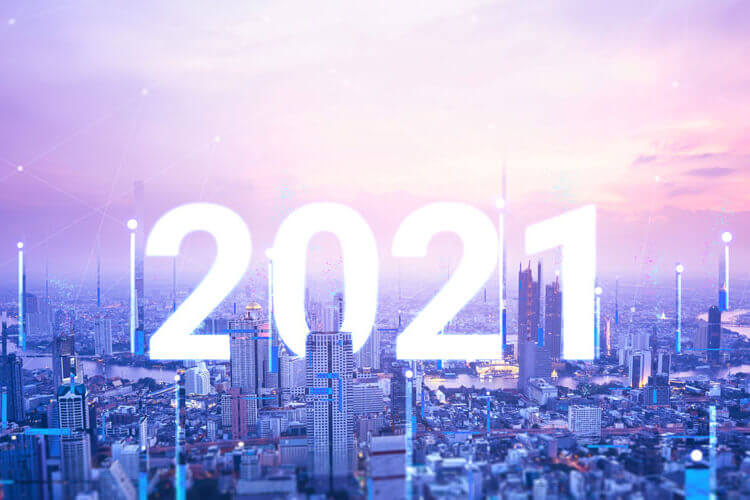 Expect to see an increase in competition which should mean better deals for consumers looking to connect to 5G in 2021.

As we look back on 2020 there will forever be a lot to unpack but for a year that was hindered, 5G still managed to take huge leaps forward. The next generation is officially here as we have watched a fury of networks become available throughout the United States and the world. There were tremendous shifts in the market including Verizon going from the largest carrier in the country whereas T-Mobile now has the largest 5G presence (though Verizon is still the nation’s largest carrier and seller of 5G phones). A large factor that made that happen was the merger between T-Mobile and Sprint earlier this year and the fact that Verizon was the last of the big three to turn on their 5G network. AT&T in the meantime is busy bringing more mid-band spectrum to customers as T-Mobile takes a similar approach after unleashing low-band spectrum nationwide.

We haven’t even touched on the fact that DISH Wireless entered the industry via Boost Mobile and is now building out what will be the fourth major nationwide 5G network for Americans by June of 2025.

The point is, Americans are finally seeing tangible improvements and expansions of 5G networks which means we will continue to see competition among these carriers. This is good news. It’s good news because it provides more of an opportunity for consumers to see deals they may otherwise miss out on as companies fight for a piece of the marketplace. It is also encouraging because these companies are showing that progress can be brought forth even during hard times and that competition will go forward to provide options. The very existence of DISH Wireless and allowance of the previously mentioned T-Mobile/Sprint merger is proof that the government is taking anti-monopoly measures to continue giving consumers options. For a recap of some of the biggest stories we followed this year, take a look here, but to look towards what to expect in 2021, let’s take a closer look below.

Carriers Will Need to Expand Their 5G Capabilities in 2021

Before we go any further, we must remember how 5G works. You may see commercials and advertisements that speak about 5G and remember the amazing things this technology is promising including enhancements in gaming, the Internet of Things, (IoT), augmented reality (AR), and so on, but with each band of spectrum comes another purpose:

Wireless carriers are working hard to cover as many people as possible in as many markets as possible but 5G is and always was going to be a multi-step process. We won’t see the complete maturity of these 5G networks for years but that doesn’t mean we won’t have drastic improvements along the way. Neville Ray, the President of Technology over at T-Mobile, is estimating that the mid-band spectrum will reach 200 million people with average speeds capable of 300-400 Mbps before the end of 2021. To put that in perspective, according to DecisionData, the United States has an average of 124.1 Mbps for its download speed and that’s using traditional broadband! 5G is going to surpass traditional Internet connections and mobile capabilities with 2021 looking to be the year to begin doing so.

One of the biggest obstacles carriers will look to address in the new year are latency issues. Speed is important but to deliver on the complex functions 5G is promising, latency will need to be reduced considerably. T-Mobile already has a standalone (SA) 5G network which is a great step for accomplishing this feat. Remember, many networks used 4G LTE as a backbone together with 5G but by being a SA 5G network, you can do more in terms of application because the network can power more functions with higher download speeds. AT&T understands the importance of these improvements and is working to make these issues go away. “If I look at our typical speed across the network, we’re actually pretty pleased,” said Gordon Mansfield, AT&T’s VP for Converged Access and Device Technology. “The next thing is starting to improve that latency for that immersive experience.” The goal for the company is to create a network capable of delivering a connection to customers with latency under 20 milliseconds soon, with additional improvements added later.

Hundreds of millions of consumers can already connect to 5G but as we see, there are a lot of variables, including which carrier you choose, that will affect your experience on current 5G networks. Most carriers are looking towards urbanized markets and cities before building their way outward, so, we should continue to see the fastest improvements continue to arrive in cities first. With that said, this doesn’t mean that users in less populated areas won’t be affected by 5G in more ways than one. The way we connect is constantly changing and homes throughout the United States will become a battleground for wireless carriers and other players looking to bring 5G wherever you might be.

Connecting to the Internet at home is an intriguing place 5G is continuing to find itself in 2021. Remember that the average download speeds for Americans aren’t even close to 200 Mbps and 5G will aim to deliver speeds of 300-400 Mbps. This is great news for many different markets as home broadband will not only see a boost in competition and speed but also in availability.

Many homes do not have access to proper home broadband and this can be especially true for rural markets. A lack of access or even options where there are providers can limit homes trying to stay connected. Consumers within urban markets with more options as more 5G solutions, including mmWave for in-home usage, become available. These in-home options are also expected to be provided by numerous companies including SpaceX and Amazon and others who are exploring non-traditional connections from space and other areas. This will be a great alternative in areas where homes may only have access to fixed wireless or satellite Internet connections which in their current state can offer lower speeds and higher latency levels.

It is also important to remember that “in-home” solutions are more of an idea than a rule to live by because many businesses are turning to 5G networks that will also begin to improve the way we communicate at the office, in the factory, and elsewhere, thanks to 5G powered fixed wireless solutions. One of the major players expecting to penetrate these markets is also the newest to wireless, DISH. The breakthrough of DISH Wireless is much bigger than providing consumers with an alternative as the fourth major wireless brand, enterprises can expect to see the company build toward competing in the privatized network sector as well. How much of this will be capable in 2021 remains to be seen as DISH Wireless continues to grow through its infancy phase. No matter, there are plenty of exciting developments coming from DISH Wireless and others to provide 5G in more surprising ways in 2021 and beyond.