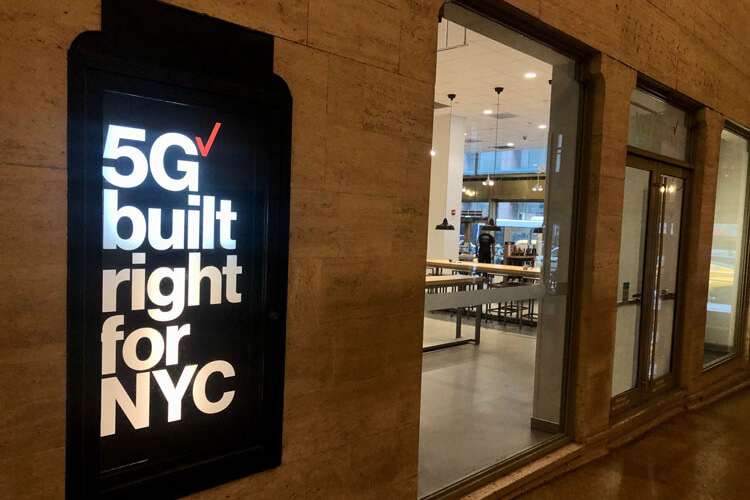 As results come in from Verizon’s testing of using a core of 5G standalone technology, the wireless giant is taking giant steps towards a reliable 5G network capable of working without the assistance of other networks.

While it may not always feel like it for many, 5G is here and it’s only going to become more prevalent in our world. Wireless carriers throughout the country have introduced 5G networks that are deployed and accessible; however, they are also active in non-standalone mode which means the networks rely on 4G LTE technology to supplement its service. With the findings Verizon has found from testing a network that does not use 4G LTE, it will begin building the standalone network later this year. This will also allow the company to introduce 5G technologies and capabilities that aren’t currently possible due to the limitations of network technologies. This includes AI and machine learning capabilities that combine with software applications and other technology to elevate its network. The plan is to begin using the rest of 2020 to start this process with the network to be completed by the end of 2021. Verizon will look to continue this momentum as other brands such as T-Mobile continues to test their 5G standalone capabilities.

Cloud-native container-based technology is how Verizon plans to implement the operations necessary to create its 5G standalone network. “By building this 5G core with cloud-native containerized architecture, we will be able to achieve new levels of operational automation, flexibility, and adaptability,” said Verizon’s VP of Planning for Verizon, Bill Stone. The company has experience using container technology as it has used it in a trial with Ericsson around a year ago. Ericsson is expected to play a role as a vendor to help make the 5G standalone network a reality, but Verizon plans to work with multiple vendors together to pool resources and capabilities. Two notable names that are also expected include Nokia and Samsung; though it is important to note that Verizon is considering replacing Nokia for Samsung altogether.

Verizon is looking to make the move as a way of not only advancing its network’s technology but to create a scalable, cost-effective network. The capabilities that it is bringing to the table will allow the network to better serve customers through faster download speeds, enhanced analytics to improve services, the ability to power the Internet of Things (IoT), and much more.