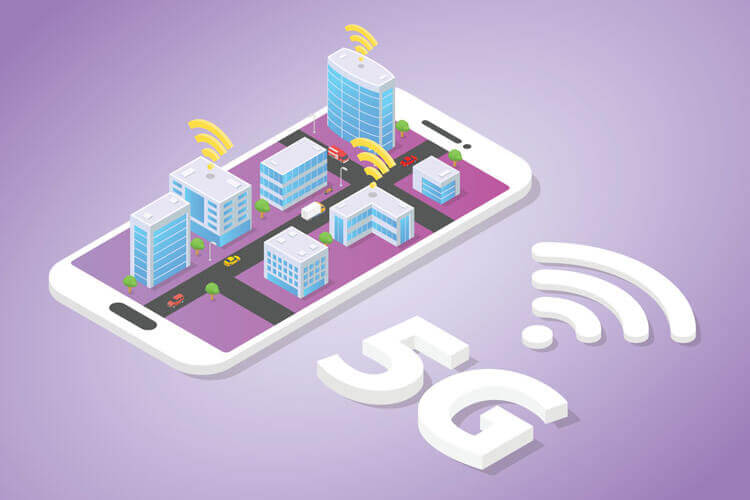 In the long run, yes, there is a good chance that 5G will replace WiFi, but the future of both is complex. The speed that 5G is promising will eclipse WiFi, but speed isn’t everything. There are a variety of considerations and scenarios to account for.

Towards the beginning of 5G’s life cycle, which we are experiencing in 2021, consumers will see much more cooperation than competition. By working together, 5G and WiFi can handle more traffic and deliver better experiences. Wireless communication is improving across the board, which means that 5G isn’t the only form of communication getting better WiFi is improving too.

There’s More to 5G and WiFi Than Faster Speeds

It can be easy to get caught up in looking at speed alone as a deciding factor for many technologies. Speed is important and 5G is cranking out download speeds that run circles around current and previous forms of Internet connection. 5G is surpassing even wired connections such as fiber. Trials are showing download speeds reaching 20 Gbps, but if we only assess speed we are going to miss the big picture.

One major limitation for 5G is its ability to travel. There are multiple bands of spectrum used for 5G. These bands are classified as low-band, mid-band, and high-band (mmWave). The higher the spectrum band, the faster your speeds will be, and the lower your latency, the more data capacity you’ll experience. The problem is that while none of the spectrum bands travel particularly well when compared to previous wireless generations, the higher you go, the smaller your coverage area will be. mmWave isn’t even capable of penetrating the walls of structures. WiFi on the other hand works great in concentrated areas and doesn’t have to worry about losing signal indoors because it is onsite.

WiFi’s downfall here can be that it can have trouble doing the opposite, working outdoors. If you are connected to WiFi inside and continue using your device outside, you may notice that you’ll lose connectivity. There are tradeoffs between the two technologies, and usage indoors vs. outdoors is just one of them.

Security continues to be an issue in technology. There are several examples of cyberattacks that occur in the United States and worldwide. These attacks affect everything from our infrastructure to personal finances. 5G provides a more secure way to connect with the ability to encrypt sensitive data like never before. Encryption is a huge benefit for 5G in the long run because of the increasingly connected public spaces we all use and connect to via WiFi. It can also help businesses protect themselves from harmful ransomware attacks and corporate espionage.

Public places and our homes are also factors to consider when comparing 5G with WiFi. Urban and dense markets can see a mix of residential and commercial places near each other. These are also the areas that can expect to receive 5G first for this very reason. Suburban and rural markets can expect a bit more of a delay before 5G deployment is at its finest in their areas. Millions of Americans will rely on WiFi for years to come to deliver top Internet speeds to their home and immediate public spaces meaning 5G will still have a ways to go before completely replacing the technology.

Released in 2019, 802.11ax, better known as WiFi 6, is the latest generation of WiFi. A major improvement is its ability to handle more devices than previous generations. This makes WiFi 6 great at subduing network congestion. WiFi 6 is also designed to help users get more battery life out of their devices. 5G is improving on both of these fronts but working together with WiFi in the early stages is a more sensible approach. WiFi 6 is also providing latency levels, which reduces it by as much as 75%. Again, while mmWave 5G will develop to surpass this feat, using both can help users experience a better connection. WiFi 6 is here to help ultra-dense areas manage traffic.

Deploying 5G is Going to Take Time and Money

Within the obstacle of network deployment itself are plenty of factors. It’s going to take years before Americans see the full potential of 5G because of the following:

To put things into perspective, DISH Wireless is attempting to create an innovative 5G network with a budget of only $10 billion over the next several years. Many within the wireless industry doubt that this is possible. An example of this doubt springs from Verizon’s CAPEX of almost $20 billion, which primarily went towards deploying its own 5G network in 2019, according to Business Insider.

Now, while DISH continues to prove the wireless industry wrong, it’s still taking billions of dollars to bring its 5G network to life, one way or another. Support and investment from the government are helping, but it’s going to take 5G adoption and revenue from customers to fuel the next generation of wireless.

This technology will be a gamechanger for underserved and rural markets. From a commercial standpoint, different industries have different needs for their wireless networks. Network slicing allows entities to gain 5G networks that are built for their own needs and separated from other user traffic. The final result is a more versatile, faster 5G experience for all.

Homes are also benefiting from network slicing as it solves a couple of the issues we previously mentioned haunt 5G. First off, having your own private 5G network at home allows users to overcome the issues of 5G not penetrating walls. Secondly, you’ll receive a more secure way to connect to the Internet. Users receive faster speed, capacity, and other 5G features as well. Network slicing will help bolster fixed wireless and speed up deployment to underserved markets, so those rural areas can receive faster Internet connections sooner without relying on tedious deployment schedules.

The verdict? Both 5G and WiFi continue to improve and will have a place in our world for years to come. However, 5G will replace WiFi and other forms of traditional Internet as time goes by. Deployment is still going to take time and money, but companies are already working and investing. WiFi is improving in its speeds, but 5G is already reaching faster speeds with lower latency. Each serves a purpose and will be used where their use best benefits the user, but as 5G delivers more on its promises, expect to find the latest generation in wireless taking the lead in new, exciting ways.